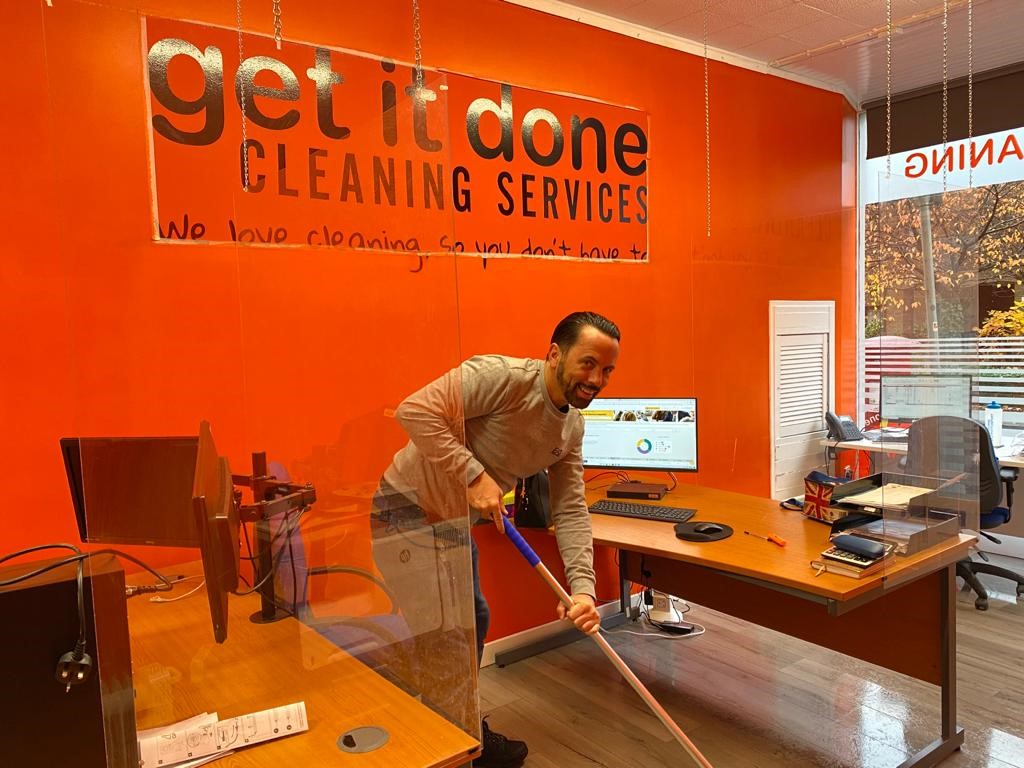 A Dunfermline business that started off in a bedroom is now moving to new offices at the former Palmer & Harvey (P&H) site. ‘Get it Done Cleaning Service’ began in 2015 and in just six years, owner Colin McLeod has gone from working part-time at M&S to employing 50 staff!

The company specialises in commercial cleaning for large and small business and hopes the move from its current premises in Chalmers Street will mean they can recruit even more locals in the coming months.

Dad-of-three Colin, 46, told the Press: ‘Six years ago, I was working part-time on the shop floor in M&S while I looked after my daughters and now, we’re moving into our second office.

‘I wanted to make sure I was in a better position financially for them and I knew I was never going to be able to do that working at M&S. ‘I’m a bit OCD with cleaning myself so I thought that was something I could do.

‘I learned how to clean an oven and after a few jobs, I started training someone else how to do it. The next thing was carpet cleaning, again I trained someone else, and it just went from there.

‘I started picking up the off commercial contract and over the years we’ve just got more and more. ‘I ran the business from my bedroom at first and we’ve been in Chalmers Street for the last four years before we move to Pitreavie on April 1.’ 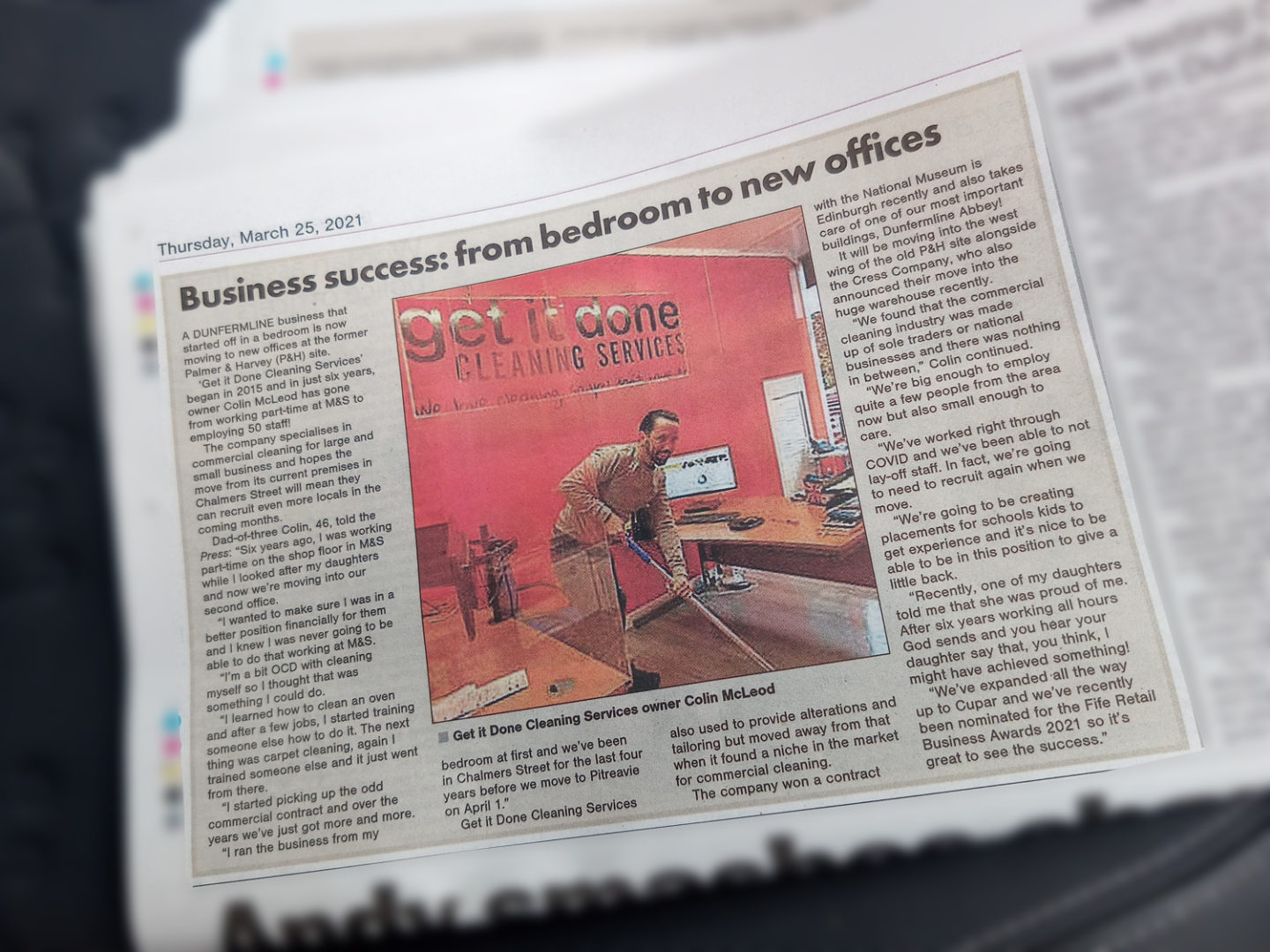 Get it Done Cleaning Services also used to provide alterations and tailoring but moved away from that when it found a niche in the market for commercial cleaning.

The company won a contract with the National Museum in Edinburgh recently and takes care of one of our most important buildings, Dunfermline Abbey!

It will be moving into the west wing of the old P&H site alongside the Cress Company, who also announced their move into the huge warehouse recently. ‘we found that commercial cleaning industry was made us of sole traders or national businesses and there was nothing in between, ‘Colin continued. ‘We’ve working right through COVID and we’ve been able to not lay-off-staff. In fact, we’re going to need to recruit again when we move.

‘we’re going to be creating placements for school kids to get experience and its nice to be able to be in this position to give a little back.

‘Recently, one of my daughters told me that she was proud of me. After six years working all hours God sends and you hear your daughter say that you think might have achieved something!

‘We’ve expanded all the way up to Cupar and we’ve recently been nominated for the Fife Retail Business Awards 2021 so it’s great to see the success.

PrevPreviousWhat is Fogging and the benefits?
NextThe National History MuseumNext 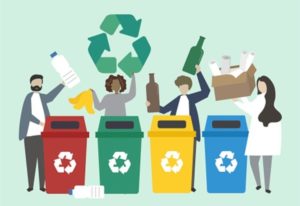 Recycle- The Importance of Recycling 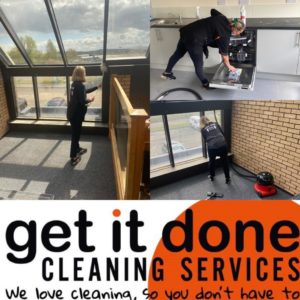 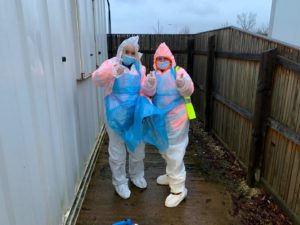 Covid 19 – How we have adapted our cleaning procedure 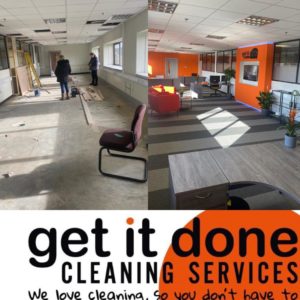 The Start of Our New Adventure

We offer professional cleaning services for businesses throughout East Central Scotland. As an established company with years of experience, we are proficient in a variety of cleaning methods, such as window, upholstery, deep-cleaning and covid compliancy.

© 2022 | Get It Done Cleaning Services | All Rights Reserved

Manage Cookie Consent
To provide the best experiences, we use technologies like cookies to store and/or access device information. Consenting to these technologies will allow us to process data such as browsing behavior or unique IDs on this site. Not consenting or withdrawing consent, may adversely affect certain features and functions.
Manage options Manage services Manage vendors Read more about these purposes
View preferences
{title} {title} {title}